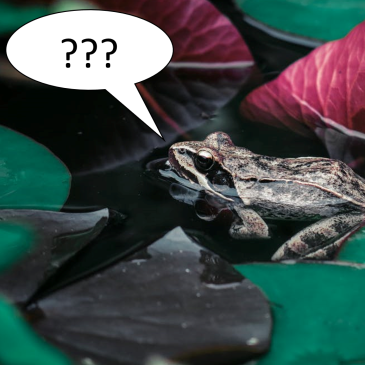 Have you ever wished you could understand what animals are trying to tell us? What if I told you that you could? You just need to listen a little closer… During the spring and summer months, our ears welcome the nightly lullabies of leopard frogs, spring peepers and other amphibian friends. It can be hard … END_OF_DOCUMENT_TOKEN_TO_BE_REPLACED

Dr. Melanie Harrison Okoro spent her childhood fishing with her great-grandmother in the waters of Alabama. At the time, she knew she didn’t really enjoy getting up so early to fish. She also knew that one day she was going to have her Doctorate’s Degree. What she didn’t know, however, is that the time spent … END_OF_DOCUMENT_TOKEN_TO_BE_REPLACED

Envision a world with a warming climate. What does it look like? Warmer weather all-year-round? Less snow during the winter? Maybe no winter at all? More snow during the winter months probably isn’t the first thing that would come to mind while picturing a warmer climate; however, record-breaking snowstorms have been one of the many … END_OF_DOCUMENT_TOKEN_TO_BE_REPLACED

Madison is on track to have the wettest year in recorded history. Even if we don’t get any more rain for the rest of the year, it would still be the sixth wettest year on record. According to a report released on September 5th by Dane County Emergency Management, flood damages in the county had already reached over $154 million. How has climate change played a role in this excessive rainfall, and what can you do to help? … END_OF_DOCUMENT_TOKEN_TO_BE_REPLACED